MILK IN A WINEGLASS QUESTIONNAIRE

At the end of the nineteenth century, when Proust was still in his teens, he answered a questionnaire in an English-language confession album belonging to his friend Antoinette, daughter of future French President Félix Faure, titled “An Album to Record Thoughts, Feelings, etc.” At that time, it was popular among English families to answer such a list of questions that revealed the tastes and aspirations of the taker.

Proust answered always with enthusiasm. The original manuscript of his answers of 1890, at the time of his volunteer internship or some little time afterwards, titled “by Marcel Proust himself,” was found in 1924. It was auctioned on May 27, 2003 for the sum of €102,000.

The television host Bernard Pivot, seeing an opportunity for a writer to reveal at the same time aspects of his work and his personality, traditionally subjected his guests to the Proust questionnaire at the end of the French broadcast Bouillon de Culture.

Inspired by Bernard Pivot, James Lipton, the host of the TV program Inside the Actors Studio, gives an adapted version of the Proust Questionnaire to his guests. Lipton has often incorrectly characterized the questionnaire itself as an invention of Pivot.

And then, Milk In A Wineglass came to be the producers of a podcast entitled, ‘The Good, the Bad and the Just Plain Standard’. Here you go:

1. What is your favourite word?

2. What is your least favourite word?

3. What turns you on creatively, spiritually or emotionally? (NOT SEXUALLY)

4. What turns you off? (NOT SEXUALLY)

5. What is your favourite curse word?

7. What sound or noise do you dislike?

8. What profession other than your own would you like to attempt?

9. What profession other than your own would you not like to attempt?

10. If Heaven exists, what would you like to hear God say when you arrive at the Pearly Gates?

11. If you were reincarnated as some other plant or animal, what would it be?

12. If you had the opportunity to go and view any culture from the past like if you were completely invisible and walked around amongst the Romans or cave people or native Americans before the Europeans came, who would you choose?

13. With which theatre company would you really like to work with? 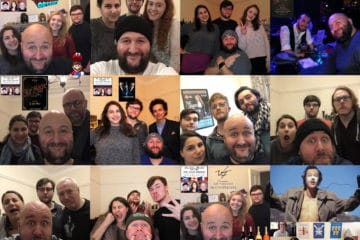 Our first compilation! Around episode 15, we introduced a new segment at the end of the show; a questionnaire inspired by Marcel Proust/Bernard Pivot/James Lipton. This means some of our earlier past guests did not get Read more… 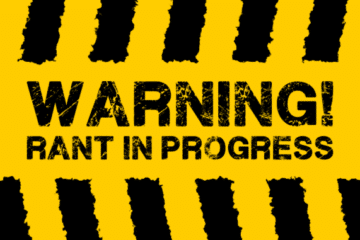 Wherein you can find some ranting about bad behavior in cinemas again and where Elle Watson’s takes the Milk In A Wineglass questionnaire. Can you spot the difference? Play Spotist with me for a chance to Read more… 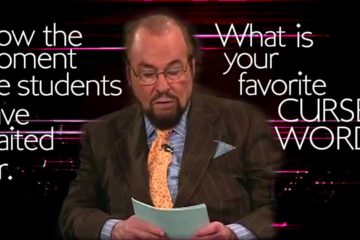