I’ve been thinking long and hard about… what makes a convention unique.

2012, first convention ever, in my birth town of Aix-en-Provence; in retrospect, too big.

2015, Blackpool; way too big but feels like a friends reunion.

Every year since 2014, in the stag/hen-do capital of the North-East, the famous Newcastle upon Tyne, a special event is taking place. 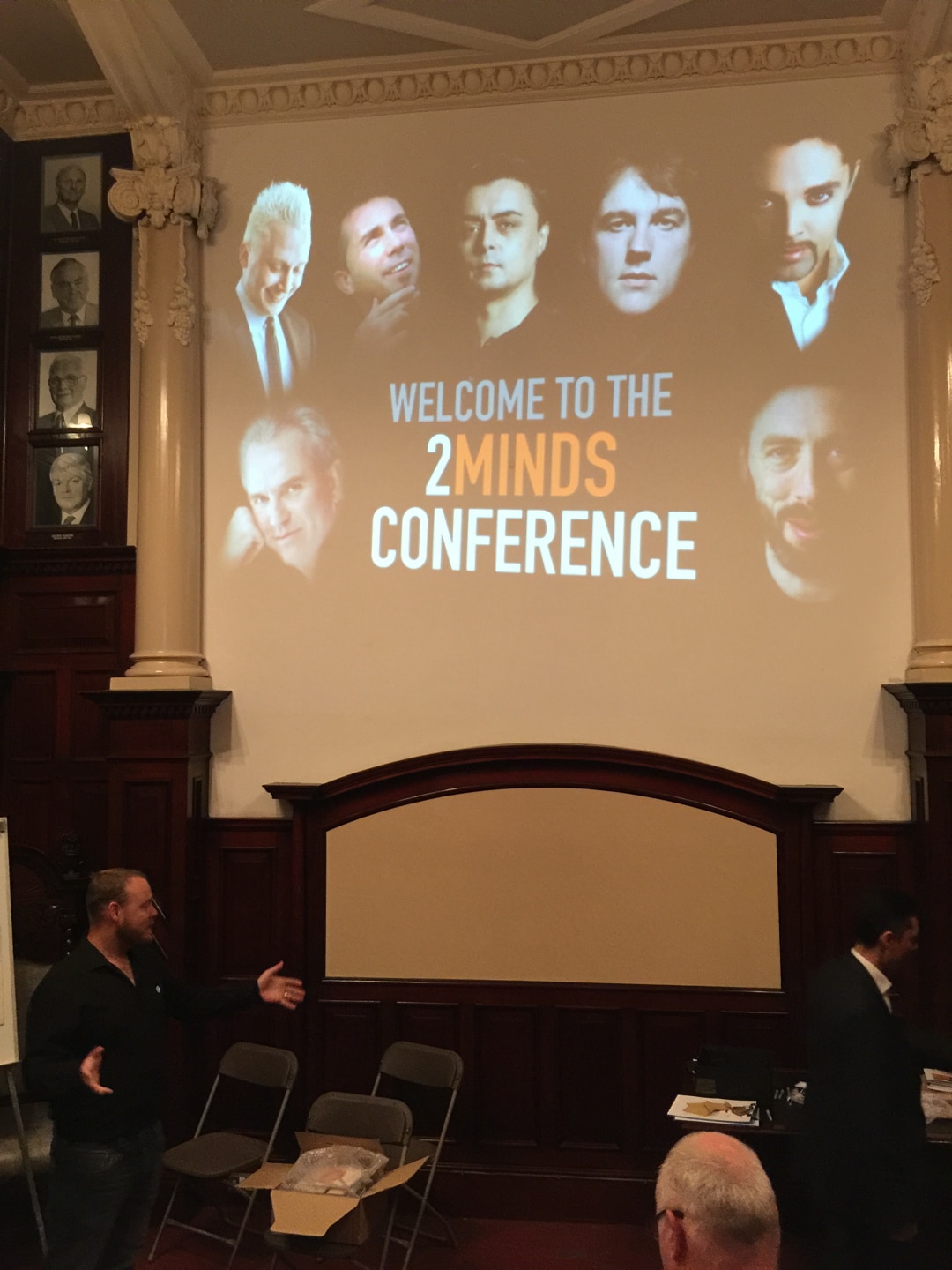 Most pictures illustrating this article were taken during MINDS 2 aka 2MINDS; at the time when I was just discovering what it was about, taking photos of all the new places and things I did not know before.

With a number of delegates voluntarily limited to 100, the whole endeavour really feels like an extended family reunion.

Up until 2017, the convention was set in Neville Hall’s Lecture Theatre; a special place where you can easily imagine anatomy experts teaching and actually showing – corpse at hand – what the human body is all about to a bunch of medical students. 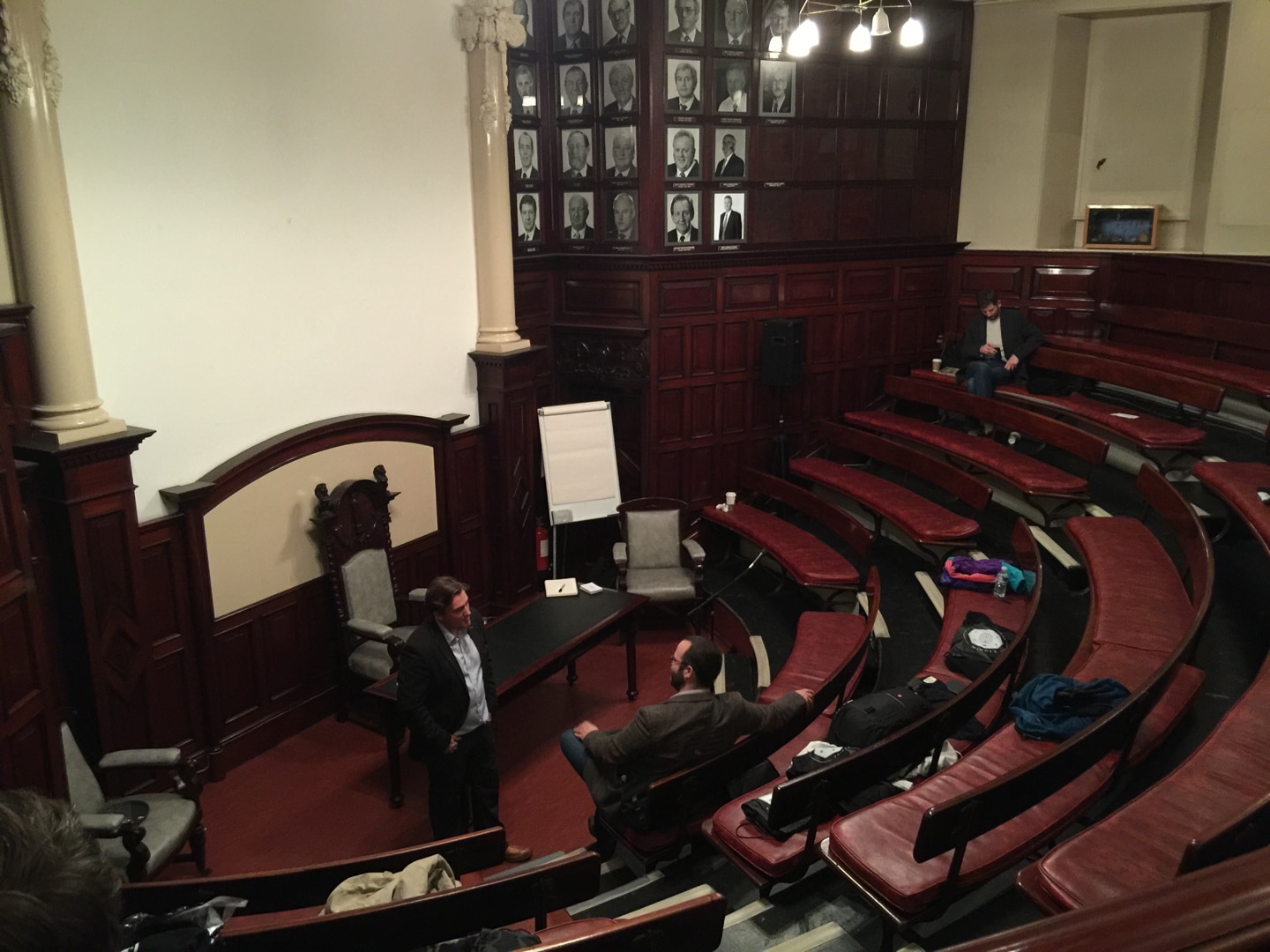 The week-end is based around mentalism-related lectures, from performers and thinkers; experts in their fields. 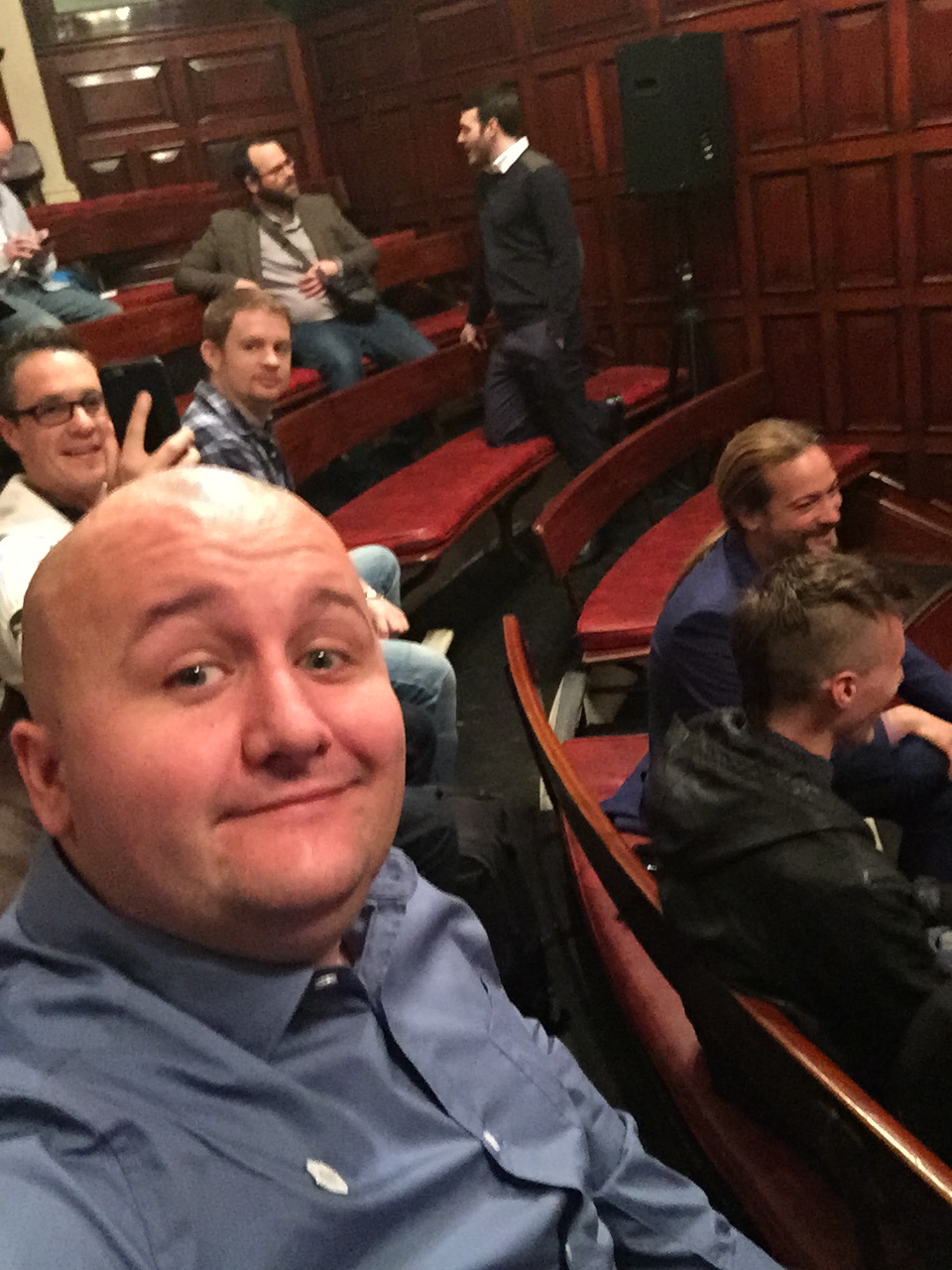 This year’s vintage, MINDS 5 aka MIND5, was as fascinating as 2MINDS, so much so that I did not really take the time to document the week-end with loads of pictures.

As always in this types of events, there is a dealer’s hall; that place where shops sell their stuff to attendees. HOWEVER – just like Magic-Con – this is more of a flea market kind of vibe here than the huge supermarket feel we get in Blackpool. Each performer/lecturer is here to present their creations and sell them to those interested; the point of focus is to share knowledge, not to make money. 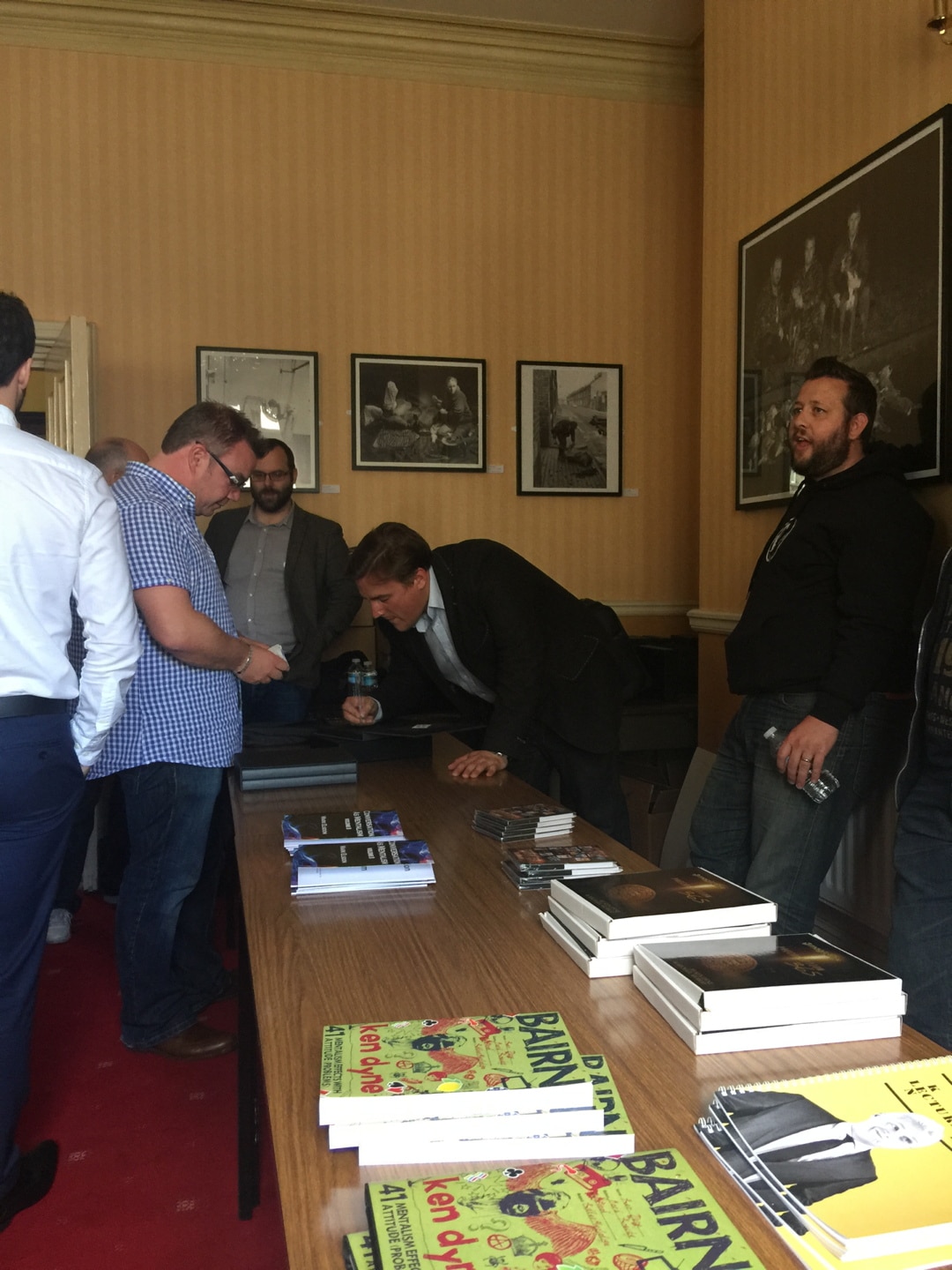 The real treasure remains the content of the lectures themselves. A good sign being that I really only spent around £50 all week-end and exclusively on booklets.

Since I started to mingle with magicians in 2012, I would say that there are two people whose creative brains I fell in love with; Michael Weber first and a few years later, the gentleman in charge of this convention.

The man behind all of this – organiser in chief – is called Michael Murray, a charming lad as young as I am, with a creative mind as I’ve rarely seen; a bottomless well of creativity. 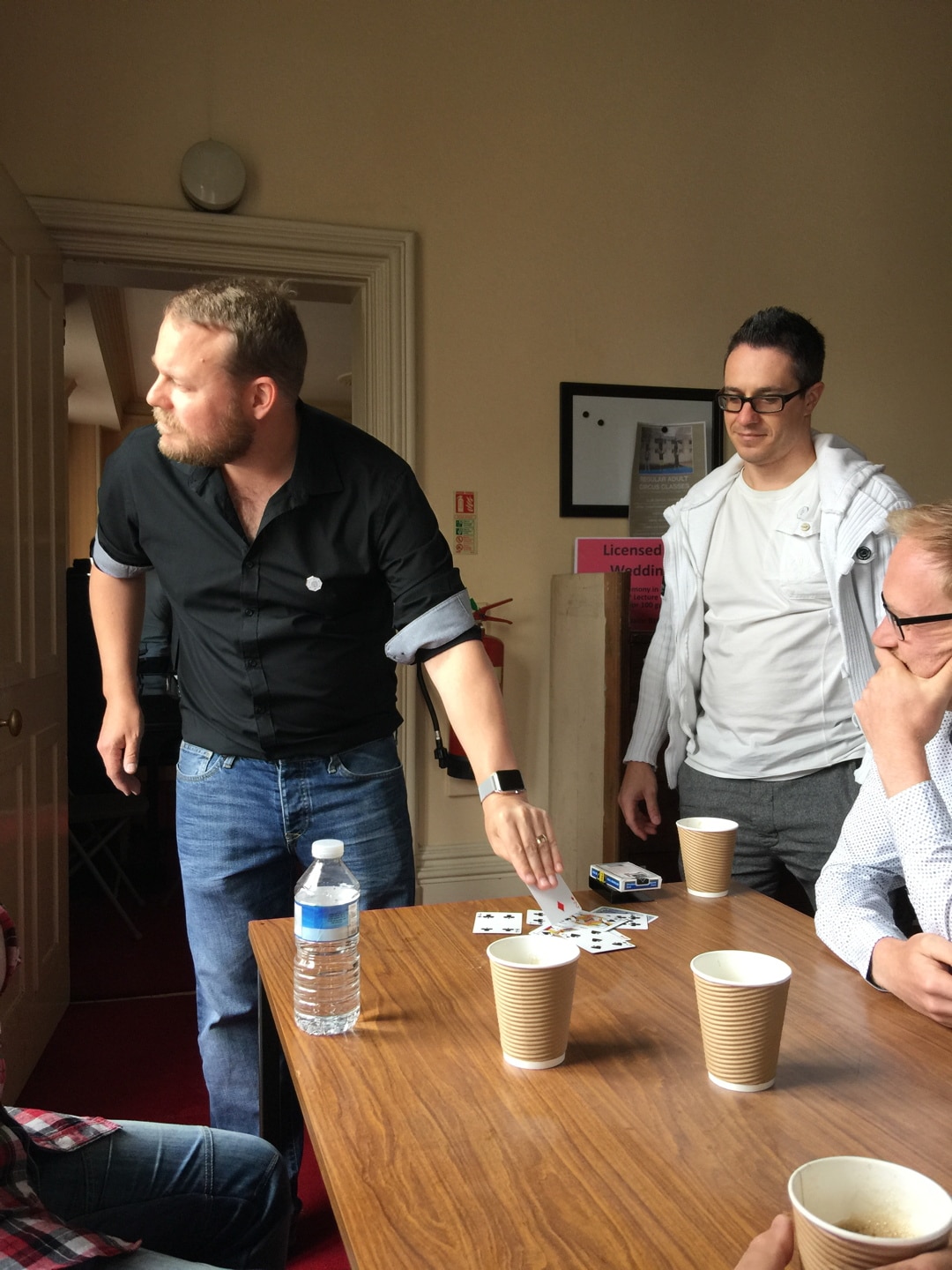 Lecture: Michael Murray – on his “latest developmental ideas alongside some of his more classic creations”; always speechless about anything this guy shares. 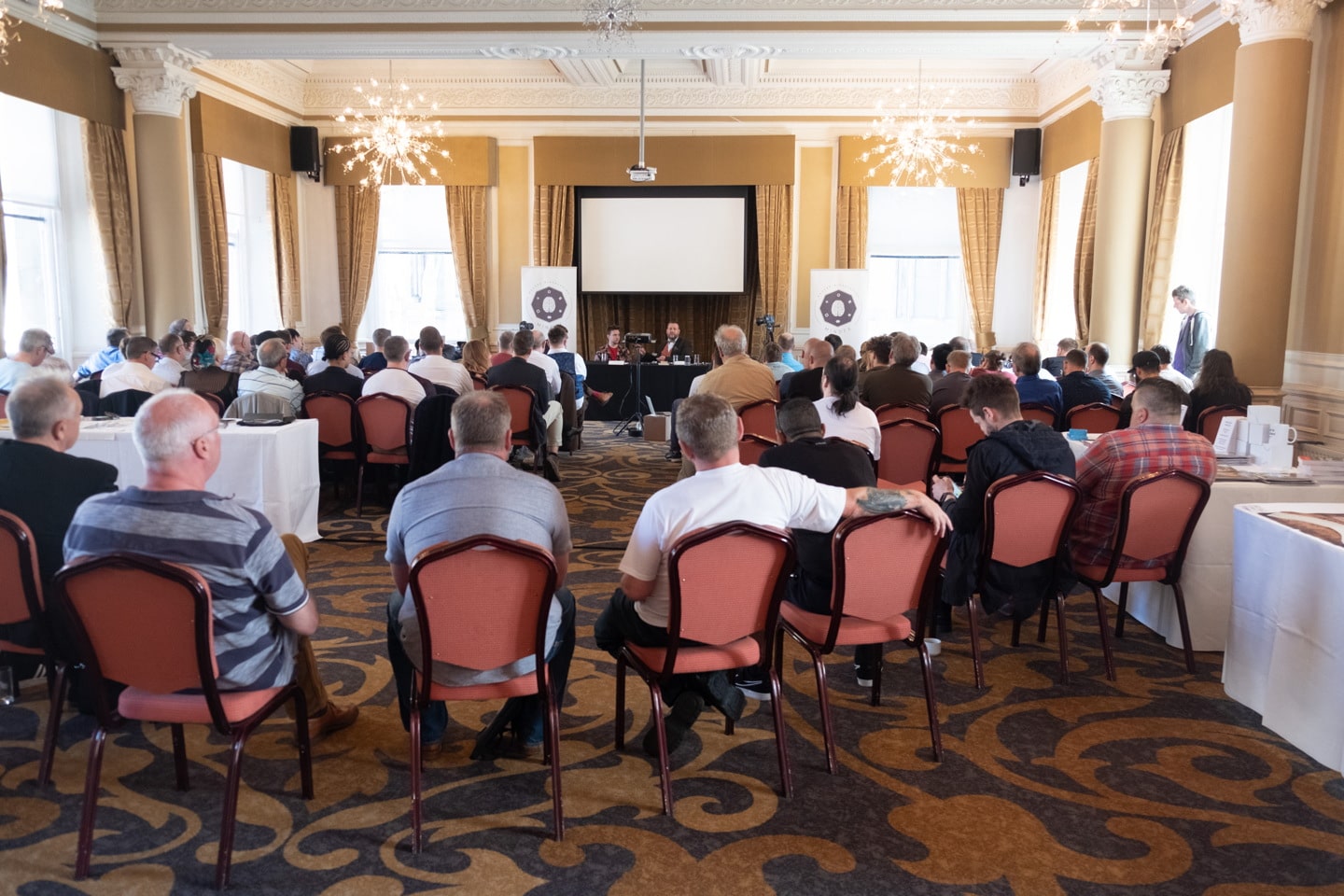 Official MIND5 line-up (in order of appearance): *peeps I had never heard about before.

Paul Voodini – On ‘Victorian Seance & the Birth of Mentalism’; after 12 years in the French Navy, PowerPoint presentations usually destroy my will to live, but it was my very first ‘bizarre’ lecture and I loved it!

Anthony Owen, sometimes associated with Derren Brown and Andy Nyman – Sharing some effects from his recently-released book, with a Q&A on many subjects including his work as a TV producer.

Joel Dickinson* – Sharing some of his routines; all winners, loved it!

Manos Kartsakis – Sharing some of his routines; all winners, loved it!

Steve Haresign, a lovely gentleman I instantly felt a kinship with during 2MINDS, still unsure why to this day  – Sharing pro tips from an experienced stage performer, gold dust.

Timon Krause* – Sharing his vision of Magic through his academic and real-life experiences; makes you think quite a lot about scripting and effects and loads of things. Quite young yes but you got a feeling of “Oh, this guy knowns what he is talking about.” the moment Timon starts to speak; quite impressive, really.

I did take a few pictures this year. The new venue – Neville Hall has been refurbished and is no longer available – is not as exceptional as the auld one but it works. 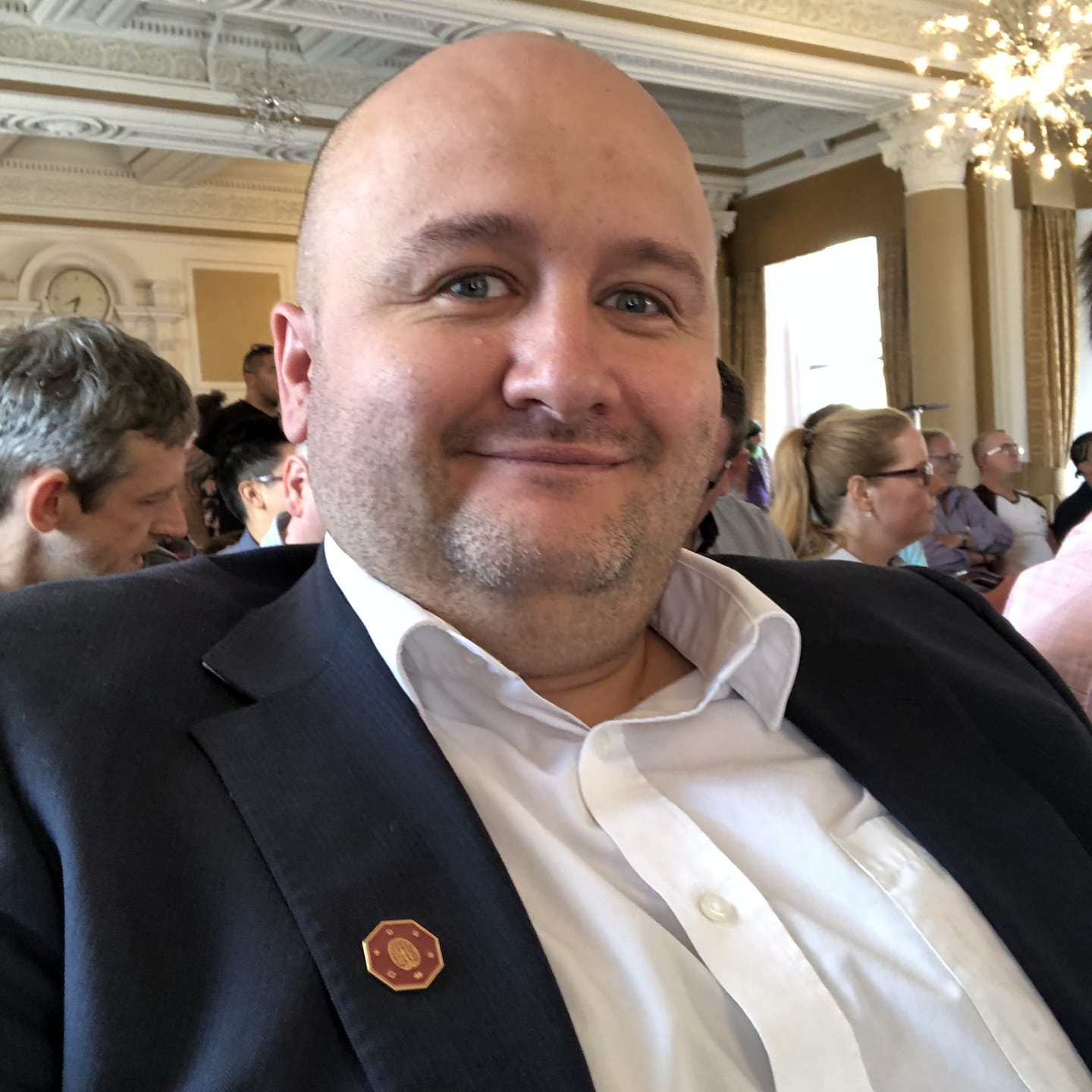 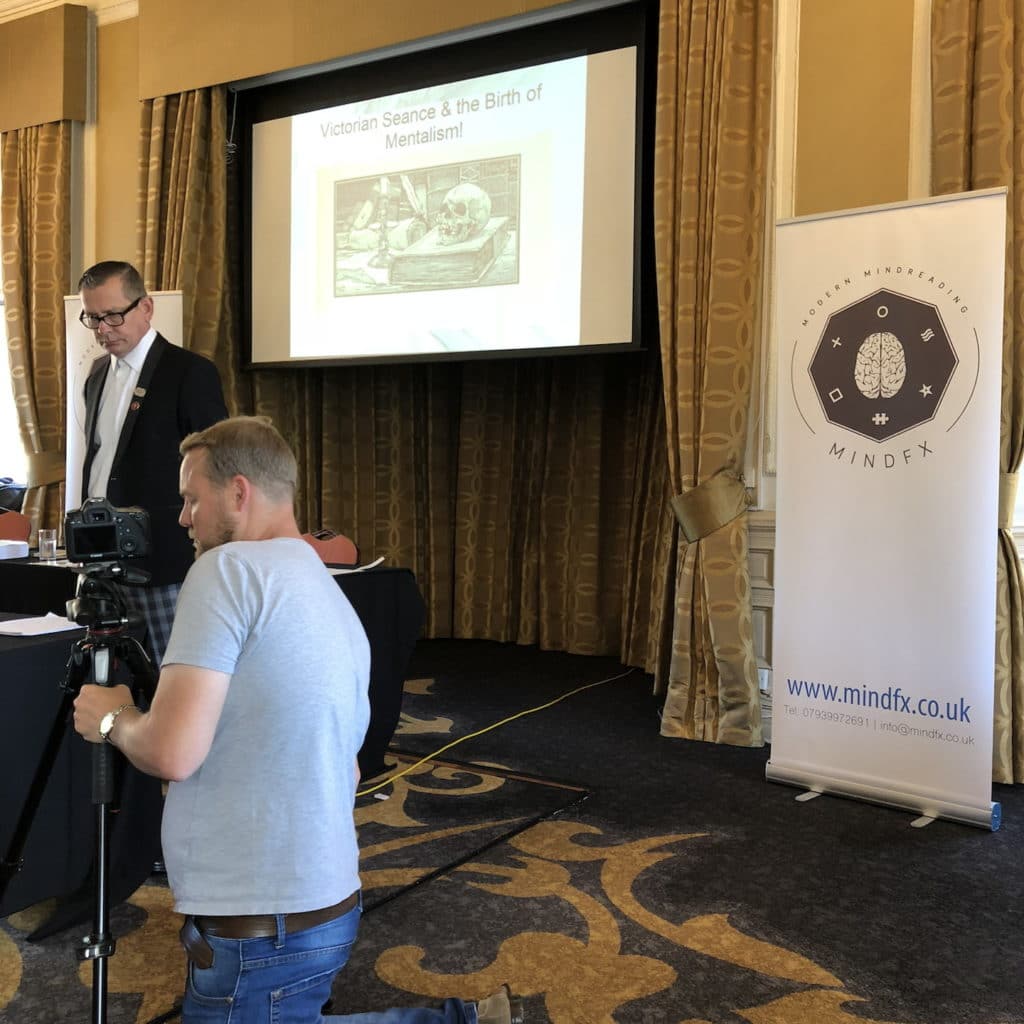 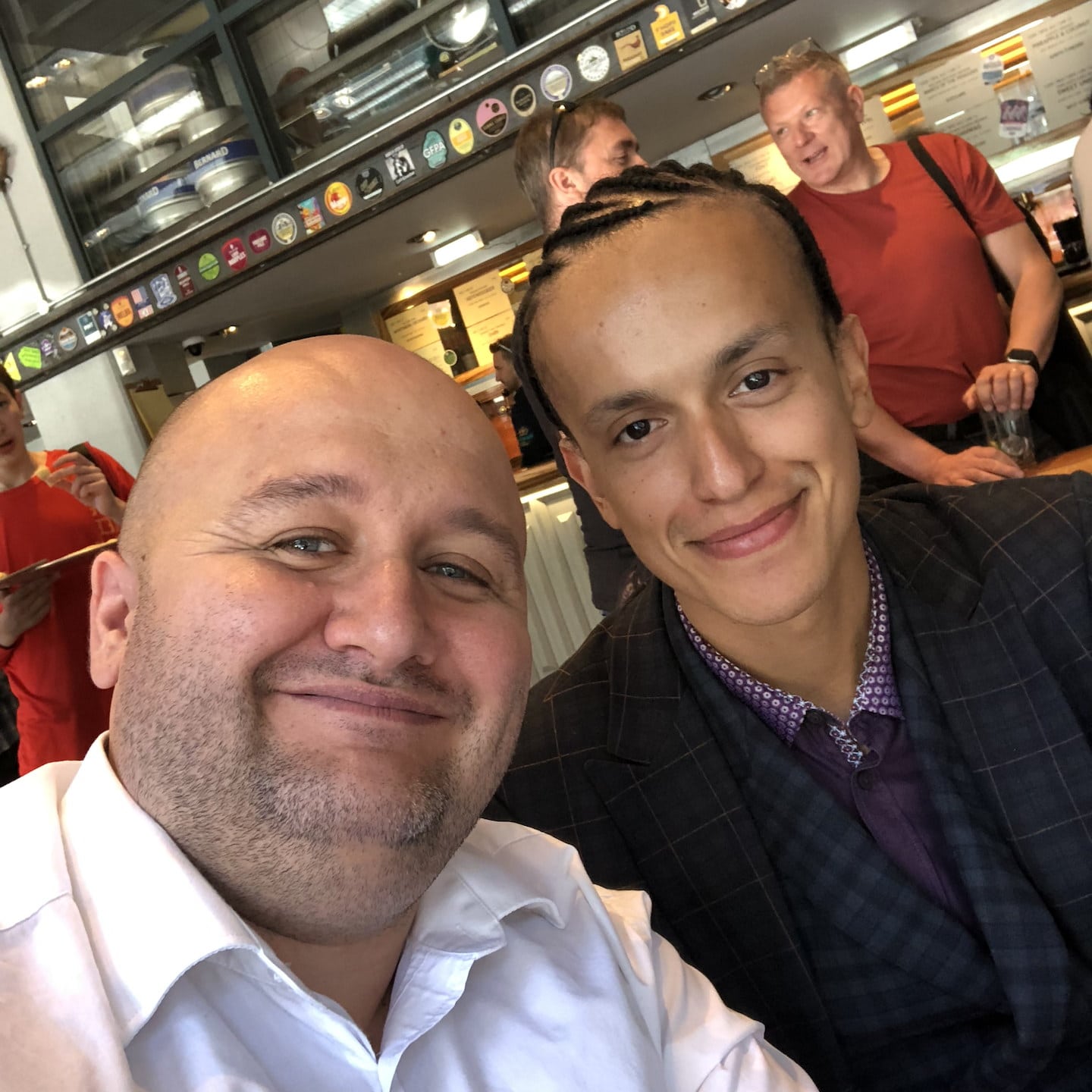 This year, Newcastle Tap was a purveyor of free pizza for all attendees, on both days; yay!!

And Sunday evening was celebrated at Aneesa’s Buffet Restaurant, a tremendous Indian place where I ate too many good things for my own sake.

And of course, I could not end this article without the Centurion Bar, which is the Ruskin of the North-East, that place where all the informal part of the convention happens. 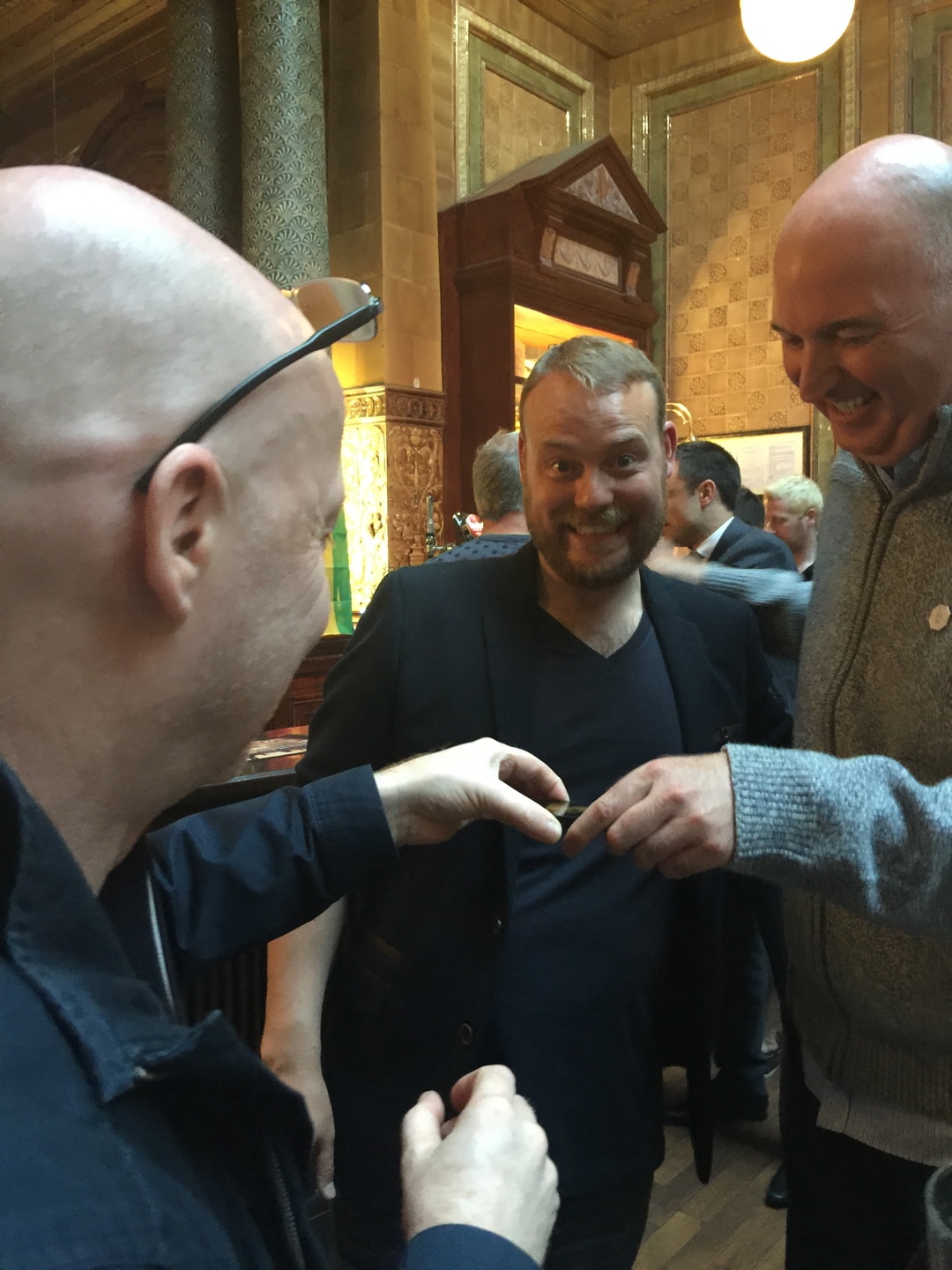 Thanks for reaching the end of this article. You are on the blog of ‘The Good, the Bad and the just Plain Standard‘ podcast; in which Adam, Anouk and I are talking about movies, most of the time. Some of those times being related to magic.

Mahdi Gilbert on ‘Our Magic’

R. Paul Wilson on ‘Our Magic’

Francis Girola on ‘The Prestige’ 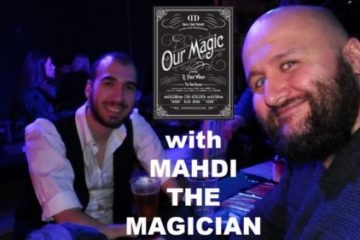 An honest, passionate and revealing glimpse behind the curtain to reveal the secretive world of magic and magicians as seen through the eyes of some of the world’s most respected thinkers, performers and creators. Our Read more…