On the 19th of August 2017, our podcast was born. The original idea was to talk about movies from an actor’s perspective, keeping busy between acting jobs. We did not necessarily expect huge downloads .

A man and his dog?

As episodes started to be released on multiples podcasting platforms, it became clear that not only our parents and friends were listening to the show, but strangers as well. Today, 200 days after the first episode was released, we reached 4000 downloads.

Thank you very much for your love and attention! Keep listening and stay tuned for many other fantastic new things to come. 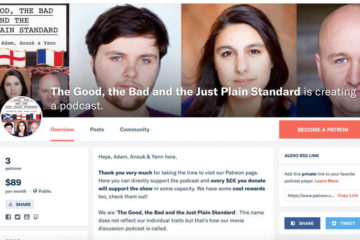 In case this is your first time here, I’m Yann (from France) and with my friends Anouk (the Englishwoman) and Adam (the Scotsman), all three of us actors who trained together in Glasgow in 2016, launched Read more…

A television network cynically exploits a deranged former anchor’s ravings and revelations about the news media for its own profit. (NETWORK, 1976) IMDb This is our episode on the 2017 play NETWORK, lead by BRYAN CRANSTON Read more… 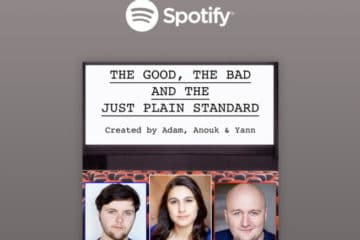 Find us on Spotify!!!

Discoverability Getting on Spotify was always going to be a major milestone. It took a while for them to totally open their platform to podcasters and they finally did. Hosted on PodBean (with a SoundCloud backup) Read more…